At the beginning of this year we asked our sponsor rider Patricia Kok some questions. Although this season is very uncertain due to COVID-19, we still would like to share Patricia’s answers with you. 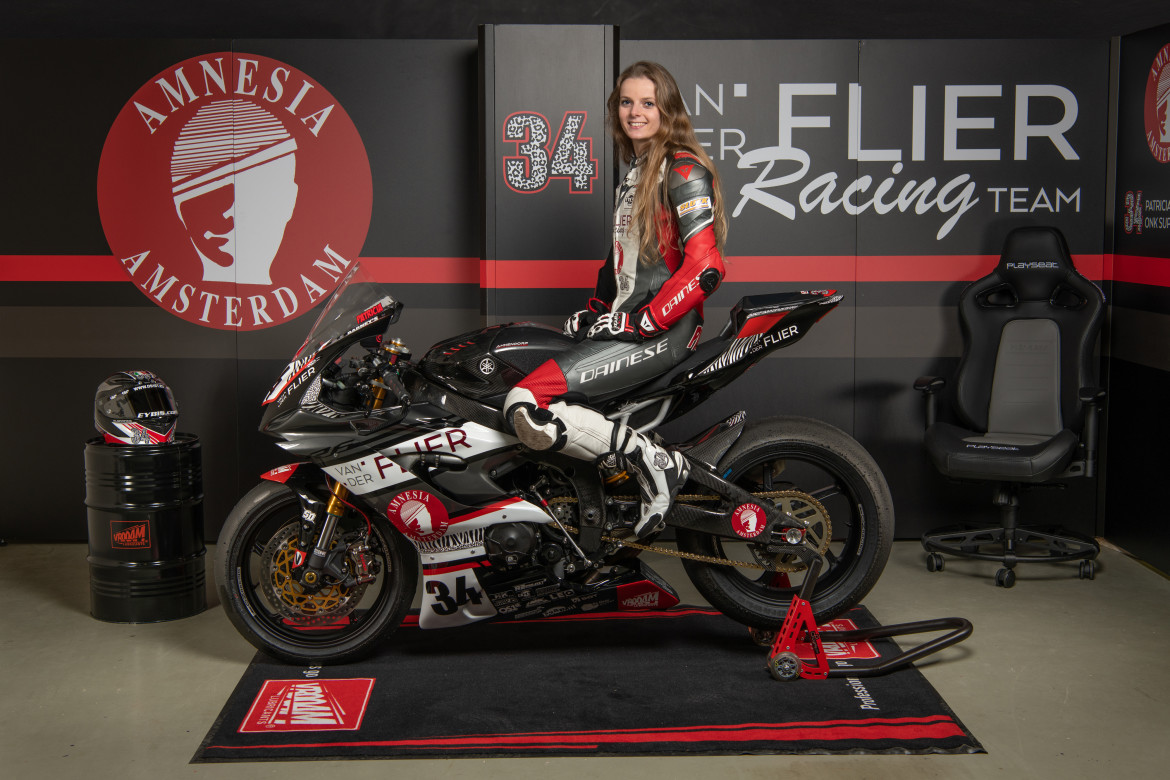 We have a great collaboration with Patricia Kok since 2015. She is 26 years old and races in the Dutch ONK SuperCup 600 class. Next to racing she works for a software company at the customer service department. Patricia lives together with Ashwin van der Flier in Heerhugowaard, The Netherlands. In 2018 she teamed up with Ashwin when he started Van der Flier Racing.
We asked her some questions when she dropped by at the headquarters at the beginning of this year. Some questions may no longer be relevant because of the races being rescheduled or canceled but we would still like to share her answers with you. So please read further for the entire interview:

What inspired you to start riding?

Who is your greatest inspiration?

“That is Valentino Rossi”

What are your greatest achievements in recent years?

“I became Dutch Champion minibike of the ‘Zelfbouw Water klasse‘ ( a custom build minibike class) for the first time in 2010. In 2012 I took the title again and after that I became vice champion three times. Unfortunately, I was just 1 point short of the title in 2015. I made a switch to the major circuits and bigger bikes in 2016. In my debut year on a Super Sport 600 motorbike I immediately became Dutch champion in the NK SportCup 600 class. I took a podium position for five times and even won three times.

Then I got the chance to race for the Start Racing Nieuwleusen Team. We made the transition to a higher class, the ONK ProCup 600. I became fourth in the championship in 2017 and I became vice-champion in 2018! I won my first race in this class in 2018 and during the last race weekend I took my first pole position ever with the 600.
Last year I took the next step in my racing career. I started racing for Van der Flier Racing Team together with Ashwin. We made the transition to the highest national level, the Dutch ONK SuperCup 600 class. The best result in my debut year was taking eighth place.”

Can you tell us how the collaboration with VROOAM started?

“I have been using VROOAM products since 2015. VROOAM was one of my very first sponsors so that makes this collaboration extra special for me. I also find it very special that they fully support me in my way to the top. For example, they supported Start Racing Nieuwleusen in 2017 and 2018 and since last year they have become a team sponsor of our new team Van der Flier Racing. I am very grateful for that, because nothing is better than always being able to use my trusted products!

Can you tell us more about the VROOAM products you use?

“First of all, I am very impressed about the high quality of VROOAM VR90 5W-40 engine oil and beside of that I love the Bodywork Cleaner and the Power Foam Multi-cleaner. After every racing day I clean the bikes and then the Bodywork Cleaner really cannot be missed. With the Power Wax+ I make sure that they are shining again. In addition, the Power Foam Multi-cleaner is fantastic to clean my helmets. I spray my helmet and visor and let it absorb for a moment. Then I easily wipe off all insects and dirt with a cloth!”

What is your goal for this year?

My goal is to finish in the top 10 this year.

Can you tell a bit more about your race bike?

“For the 2019 season we have built two brand new bikes to race in the ONK SuperCup 600. These are the latest type of the Yamaha R6. I always had the previous model so it took some time getting used to the new one! In the end we managed to find the right set-up and I can only say that it is a fantastic bike! For the upcoming season we will be riding the same bikes as last year.
We have also divided the tasks well. I take care of the design of the bikes and I make sure that they are clean after every race weekend. Ashwin takes care of the maintenance and the technical part together with our mechanics.”

Which event are you looking forward to the most this year?

“I think Schleizer Dreieck because I have never raced there before. This circuit will be on the race calendar of the Open Dutch Championship for the first time this season. I’m always enthusiastic about racing on a new circuit!.”

NOTE! Due to the COVID-19 pandemic there are no races at the moment. Races will be rescheduled later this year or canceled. 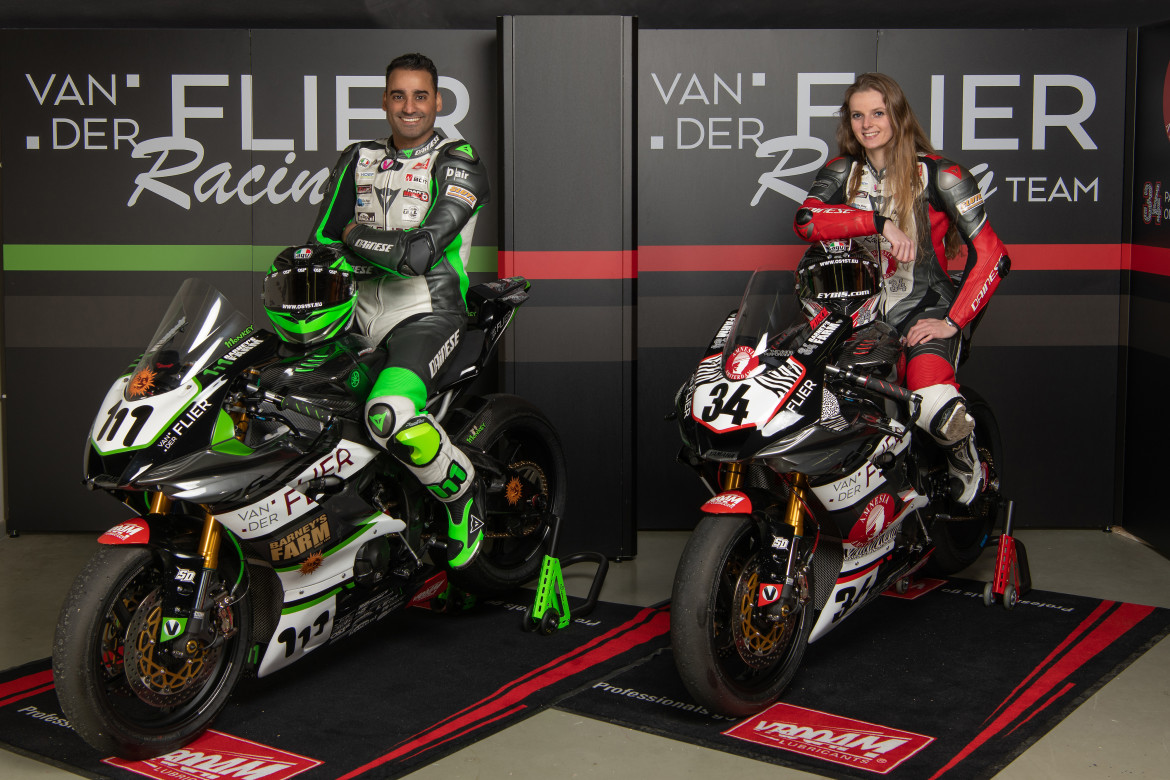 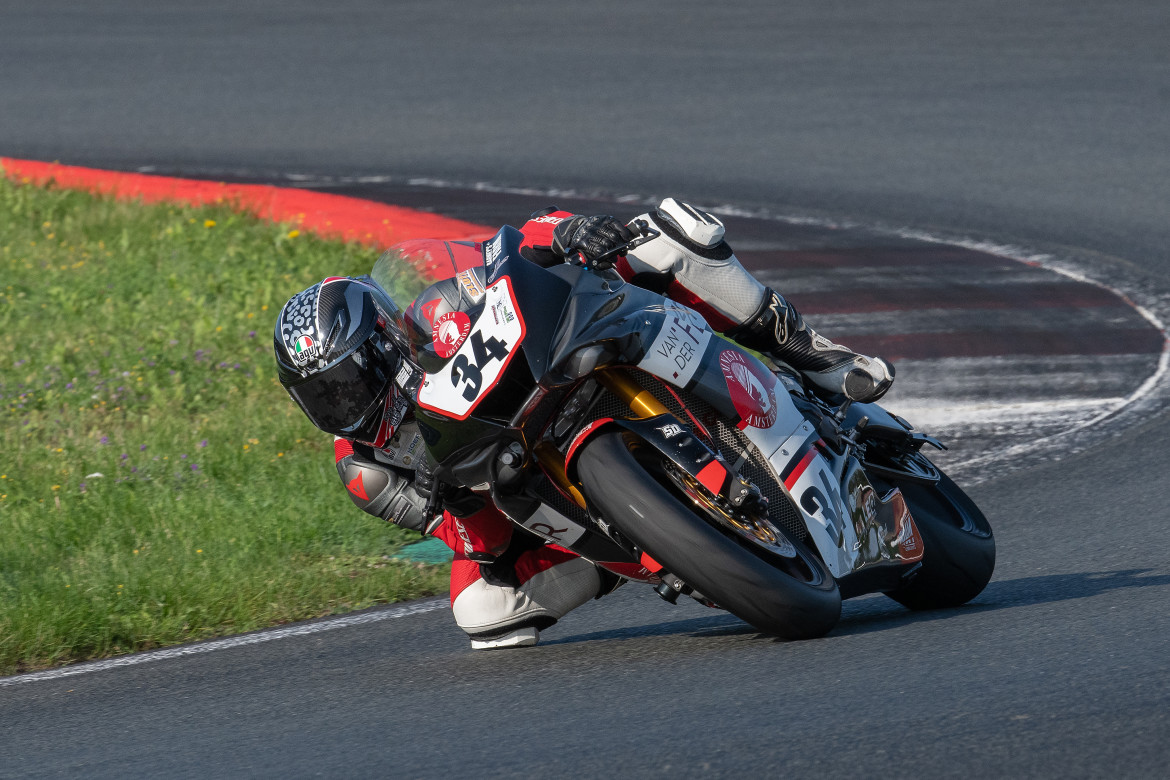